人気記事（画像付）
The world news!! Well, that's all, Google Translate with him.

Japanese and English to French to English and a variety can do. How accurate??

Access to the world from yesterday to check for new plug-in was introduced.

Access information from around the world. Three years ago, I would wonder, but it was more red.

This results in numerical analysis. 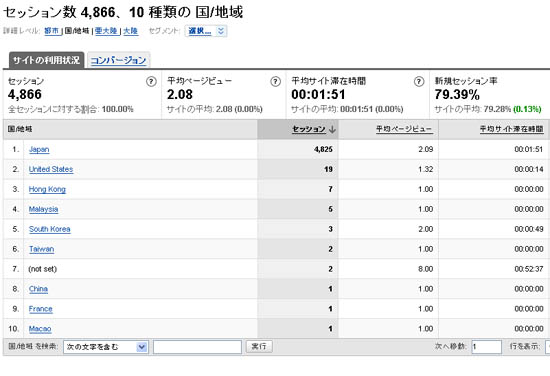 apan overwhelming. But taken for granted. Later on, China, Japan, France and the second half.

The international community is now. Access is also supported from abroad.

I have no idea of writing while I do not know what to write, so the Japanese sentence summary described it.